Some nautical terms for those land lubbers amoungst you. They appear in this blog

Head……a toilet.  Galley….where you cook things and wash dishes. Headsail…the sail at the front of the boat……mainsail….the sail that goes up the mast…..seacock…..a tap fitting the goes through the hull and allows access to sea water….Bilge…..anywhere on a boat where water can collect. Port….a yummy drink on a cold night…also the left hand side of the boat….Starboard…strbd…..the right hand side of the boat

Before leaving Eden decided to put a non return valve on the starboard head water inlet as it wasn’t pumping much water. This was when I discovered the stbd head seacock was worryingly loose. Made the decision to turn off the seacock and cable tie the inlet hose to the large hose feeding the holding tank to prevent movement on the seacock. Will have to leave it at that until I can slip the boat. We placed the portable electric bilge pump in the strbd front compartment with a long lead so we could pump it out if things got worse. Also got a wooden plug at close hand in case I have to dive overboard and hammer in a plug to seal it.

When filling up with water at Eden discovered water coming out the top of the port middle storage tank. Don’t know if the tank has split or the filler pipe running through to the port rear tank has split. Another job for perth.

We expected good winds on the way to our expected destination of Lakes Entrance but it was a mill pond. Had to motor for 2 days with the occassional 3 hour sail with headsail and main. Got to lakes Enterance on Sunday and decided, after looking at the forcast to coninue onto Portland. Boomaroo did not like this idea, as we then had several dramas. Just after Lakes I noticed the Port enngine was not charging. When we lifted up the engine cover we were greeted by a sauna of steam with the engine bay half filled with very hot water. Fearing the worst we pumped out the engine bilge and on close inspection found the port hot water holding tank for the fresh water stern shower had cracked with a small split. Dave managed to bypass the tank with some fittings so as we could still use the wash basin in the port head. With the alternator now dry we were very happy to now see the charge light extinguish. Another job to do in perth.

Boomaroo decided we hadn’t been punished enough for not stopping in a quiet anchorage and the next day the port engine stopped pumping the sea water cooling for the engine heat exchanger. Luckily it was calm so off came the raw water pump and Dave replaced the rubber impellor with our spare. To be sure to be sure we also replaced the fan belt as the old one was at it’s full adjustment. Nikita took all this in her sride as this was now the second time we had to remove all her bedding to get to the engine.

We rounded Wilsons Promitory at sunrise  to see it clouded in fog. We were truly now in Bass Straight and HEADING WEST 😃😃

The seas were relatively calm and again we had to motor. 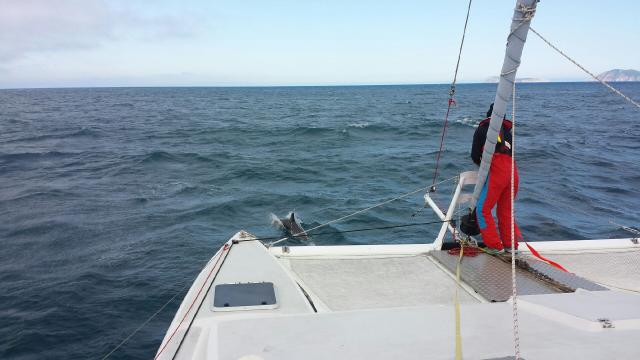 To our enjoyment we were escorted several times by pods of dolphins as we headed west.

The wind did pick up a bit and we managed 7.5 knots for several hours.

At 3.00 on Wednesday morning the wind was gusting to 20 knots then it would drop off. The worst sea state we have been in for a while. Swells coming from port  forward, the wind coming from strbd quarter. The  bows heading for the moon one minute, then heading to king neptune in the next it was not pleasant and didn’t get any sleep.

Finally arrived at Portland on wednesday 18th October, tied up and enjoyed a cold beer. 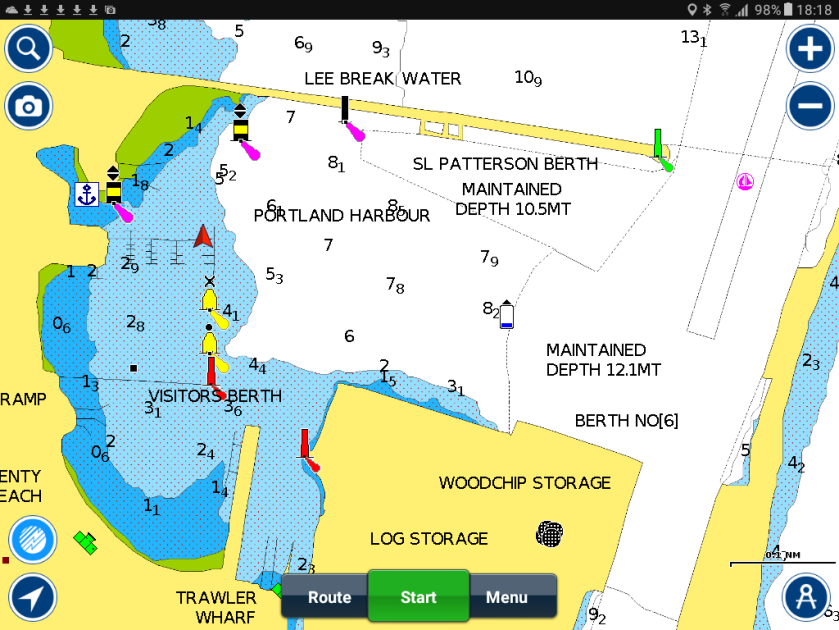 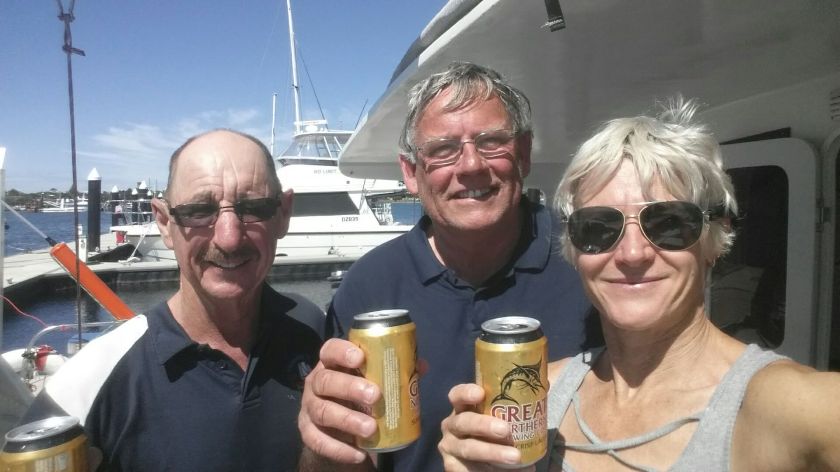 We are sitting out 25 knot westerly winds in portland. Will fill up with fuel and water on friday and head off friday arvo for Robe or Kangaroo Island. It won’t be pleaseant for the first bit as there will be 4 metre swells from the SW, but should ease off as we continue. Managed to buy some WARM clothing for the next sailing legs as it’s really cold.

Watching ships getting loaded with wood chips to pass the time.

This is a text widget. The Text Widget allows you to add text or HTML to your sidebar. You can use a text widget to display text, links, images, HTML, or a combination of these. Edit them in the Widget section of the Customizer.
%d bloggers like this: